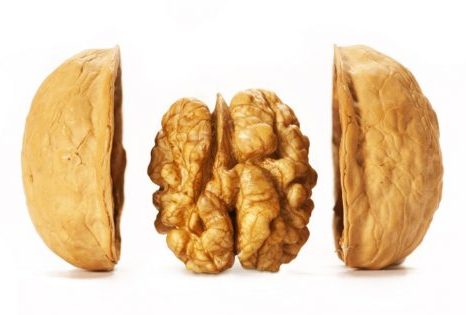 11 May In A Nutshell

The world is not what it seems, it hasn’t been for a long, long time. We have all been controlled and manipulated. Not by the governments, they too are being controlled and manipulated. The people controlling us all, have various names, the cabal, the elite, the deep state, illuminati, satanic cult, khazarian mafia, there are so many, basically they are all working together to control the world and each and every person on the planet. From the cradle to the grave, we are being controlled, we have the illusion of freedom, but it is just an illusion.

The Corporations and Governments and all the people in positions of power and control have all been taken over by these people, one way or another. They use their power to blackmail these people to make them do their bidding. Many have sold their souls for fame and fortune and go along with this satanic culture.

These powerful people control what we eat, the air we breathe, the water we drink, our whole lives. They control our minds and thoughts with TV shows, Movies and Music. They control how much money we have and what we spend it on. Continually thinking about new ways to take our money away from us. New taxes, charities, donations, fines, material objects that they push down our throats, saying we need this and that. Making us all obsessed with purchasing items. They take cuts from all of these financial undertakings. Building and amassing their fortunes to find new ways to control us even more. Social media, mainstream media are all controlled and manipulated to brainwash us all.

They have a depopulation agenda. They want to cull us, so they will have less people to control. They spray us with chemtrails, put fluoride in our water, poison our food with fertilizers and insecticides, all making us sick and in need of medical help, which they also control. The drugs they give us, the medicines, the vaccines are all designed to make us sicker in the long run. Then we will need more medical help. Creating a viscious cycle of illness and disease, causing cancer rates to soar, so that they can gain even more money for their evil plans. They cover up the safe cures for cancer and other illnesses. There is no money to be made from healthy people.

They control our education systems, programming our children, not opening up their minds but closing them down, to get them ready for the nine to five future they have planned for them. Working to survive from day to day, leaving people no real time to just stop and think about what thy are doing and what is really going on around them. Getting them all on the hamster’s wheel of life, which they also control. They can speed it up or slow it down, whenever they want to, by controlling all the financial markets around the world, causing prices to rise and this gives them more money from us all. Pushing us to the limits.

When they need even more money, they create wars, fake wars, based on fake conflicts, to create fake outcomes. All while killing off even more of the world’s population, destroying their lives, their homes and their businesses. So that they can go into the War Torn countries afterwards and get paid to repair all the damage that they created in the first place.

Creating diseases in bio labs across the world. Causing fear in the population. Oh yes, they love to see us in a state of fear and misery, what a great way to control people. Lock us all down, causing even more fear, making people terrified to go out and see their loved ones, even frightened to buy food. Fake scenes in hospitals, fake stories by paid actors, fake science, to scare people even more. Causing suicides, depression, extreme loneliness, sadness, loss of jobs, loss of businesses, when really its just another virus like all the rest, they have created before, and yes, some people are more vulnerable as they would have always been, whatever virus they get.

Finding a fake solution by vaccinating everyone with more poisons. The fearful people line up for the fake solution eagerly. They are unaware and are so deeply brainwashed they cannot see what is going on around them. They cannot see the increase in heart attacks, cancers, strokes and the other numerous illnesses that have been on the rise since the vaccine was introduced.

The good news is, there are still good people in the world. People who have become aware of what is going on. People who have been working together for years, quietly in the background, they had a plan. A plan to get rid of the bad guys, a plan that was years in the making, it had to be, the bad guys are very clever. A plan to wake up the world’s population to the truth. They are the good guys the white hats the alliance, they have achieved their goals and all that is left to do, is to wake up the ones still sleeping.

Over the decades more and more truth seekers have realised what has been going on, they have joined the good guys, they have been spreading the truth far and wide. In whatever way they can, using whatever skills and talents they possess.

Each one working towards the same goal, joining together to save humanity.
Many have fallen along the wayside, they have been taken out for fighting to get the truth out to the general populations of the world. Good people, hero’s each and everyone of them. They will go down in history for being part of The Great Awakening.

This is just the tip of the iceberg, there is so much more, this is just a basic summary of what has been happening. The real story is huge, so huge its out of this world.