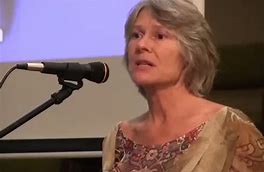 Posted at 14:42h in Articles by alternativemedia 0 Comments
0 Likes
Share

Cathy O’Brien is one of the most remarkable women in the world today. She survived mind control, pedophilia, drugs, sexual abuse, torture and much, much more.

Her story is horrific to most sane people.

She was abused from being a baby to over 30 years of age. Her life was decided when she was born into a family of multi-generational pedophiles. Both parents had been abused as children. Cathy’s father was the first person to abuse her by replacing her mothers breast with part of his own anatomy.

Her family holidays were spent with uncles who also sexually abused her and her brother. Cathy could find no safe place in her life. So she compartmentalised the abuse, it was the only way she could deal with it all.

She thought she was safe at school but that soon ended. She thought religion could help her but it could not.

She was used for pornographic films, some of which included beastiality. Her uncle claimed that he worked for the vatican, he was also a commercial pornographer.

This eventually made Cathy’s life much worse, as her uncle who was also implicated, decided to contact the US Governments Defense Intelligence Agency in the hope that they could be let off. He knew the US Government DIA were running a top secret project called “Project Monarch”.

“Project Monarch” was a mind control operation which was recruiting multi-generational incest abused children with Multiple Personality Disorder. Cathy was a prime candidate.

Her father was given a two week course at Harvard on how to raise Cathy for this off shoot of MKULTRA. This included Cathy working tirelessly sweeping up, raking leaves, shovelling snow and chopping ice, her father said “your little hands fit so nicely around the broom handles etc.

She was only allowed to watch certain television programmes such as, The Wizard of Oz, Alice in Wonderland, Disney Classics and Cinderella. These were all used in the mind control programme.

Cathy was prostituted to a state senator. The state senator introduced Cathy to a friend who served on the appropriations subcommittee for the CIA, both men raped Cathy. She was also introduced to the state senators pedophile comrade a Father in the catholic church. On her first holy communion she was given gifts to remind her of her mind controlled existence. They called her Cathy-Licks.

Through years of abuse and torture Cathy eventually came to realise that no-one on this earth could help her. Cathy was regularly taken to TOP SECRET bases for more programming. Cathy was sold by her father to a man who was a mass murderer when she was 19. A US senator  now owned Cathy and called her is own “Little Witch”. The US senator was her owner and the mass murderer was her handler. With her handler she ran weapons and cocaine. She also had a daughter Kelly with him.

When Kelly was 3 years old Cathy was passed to another handler, he was a ventriloquist and stage hypnotist. Kelly was also abused sexually and Cathy being in a state of mind control herself was unable to stop the abuse. Kelly’s abuse was even worse than Cathy’s had been at the same age.

Cathy became a “Presidential Model” she was used as a sex slave to top names in the government of the day. She was also known as a pigeon who memorised messages and delivered them to certain people, once the correct words were used to unlock the message in her mind.

Cathy had developed many different compartments in her mind, each compartment was unaware of what the other compartments knew. Confidential information was locked up tight.

Cathy was aware of the CIA’s drug running industry, she also learned about child sex slave trafficking. A special deal was made with Mexico to traffic drugs and children to the US. In return they received financial support. (I feel that this is the main reason President Trump wants to build a wall between Mexico and the US. He wants to stop the drug and child sex trafficking.)

She was also used as a messenger to the Haitian government. A CIA Director was trying to get the Haitians to abandon hedonistic voodoo and turn to God, he said “that we are left with no alternative but to innoculate them with a vaccine that will spare only the good of heart by virtue of its design”.

Cathys sexual abuse continued, every deviation was inflicted upon her. Each person she was prostituted to seemed to have a different fetish.

She overheard government officials discussing the “New World Order” it seemed to be their main priority.

Eventually she was introduced to a man who at that time held the position of Vice President. Cathys daughter Kelly was sexually abused by him and and became violently ill after each encounter.

The vice president turned into a Lizard like alien in front of Cathy’s eyes. She thought she was seeing a hologram.

Cathy also learned that many sports personalities and entertainers had all been mind controlled. Games can be fixed and certain sporting stars underperform as they have been programmed to do.

Entertainers are also mind controlled, hence the sexualisation of performers and obscene acts on stage. All sending out messages to young minds.

It seems that presidents and prime ministers are chosen years in advance and mind controlled until they are brought into the public eye and presented in such a way that we believe we have chosen them to run our country. This couldn’t be further from the truth.

She learned that it doesn’t matter what political party you join, all of them are working towards the same end, a “New World Order”. It didn’t matter which party they were affiliated with, it was all a front for the general public.

The governments of the world are corrupt, they are basically criminals working for their own benefit. Their ultimate leaders are the powers that shouldn’t be, the real rulers of the world at present.

Cathy was told she would be murdered before she reached 30. This was the usual practice with mind controlled slaves at this level. Her mind and body were broken and her controllers knew she had too much information locked up in her head.

Cathy and Kelly also took part in a game called “The Most Dangerous Game”. They were released naked into woodlands then hunted down like animals and once caught sexually abused and tortured.

She met two brothers, who said they were “alien to this dimension”. One of the brothers was in charge of taking education in a new direction. Education 2000 was designed to increase our childrens learning capacity while destroying their ability to critically think for themselves.

Funding for Education had been held back and would only be released if Education 2000 was adhered to.

Cathy regularly attended Bohemian Grove, which was intended to be used recreationally, it is a safe environment where the chosed few can go and indulge their perversions. Cathy witnessed human sacrifice while there and was told “the next sacrifice victim could be you”.

She knew her days were numbered.

In 1988 Cathy was rescued by Mark Phillips a new associate of her then husband and handler. He managed to get Cathy and Kelly away from him.

Eventually they fled to Alaska. Their lives were continually threatened. They released information about certain people, this kept them safe to an extent. They knew that if anything happened to them it would confirm their story was true and that they had been silenced.

Eventually Cathy managed to get back control of her mind, Kelly did not. Cathy and Mark wrote the book “Trance Formation of America”. Where the information in this article has been found. This article is the tip of the iceberg.

I find it so hard to believe that so many men and women could abuse Cathy and Kelly as they did. They seemed devoid of any empathy, kindness or love.

I have faith in humanity. These people are beyond human. As fantastic as this sounds I believe that many have been taken over by alien negative interdimensional entities and/or mind controlled themselves. I do not believe that humans in a normal state of mind could do these things.

Cathy survived, many of her mind controlled friends did not and most of them never regained their own mind as Cathy did. Cathy names many well known people in positions of power in her book, so many it is staggering to say the least.

This is the world we live in today, children and babies are abused sexually and never learn what it is like to be a normal child in a normal family. They do not have a choice regarding their lives. They have no freedom at all.

The people in control of our world today are trying to normalise pedophilia and sexual perversions. They want a world full of sexual abuse and misery. They do not want sex to come from a place of love.

Cathy is now in her sixties and is still fighting for justice for herself and Kelly. She has not been able to get justice for the crimes commited against her and Kelly “For Reasons of National Security”.

In this case “For Reasons of National Security” has been used to protect her abusers and nothing else.

This book is a definite read for anyone searching for the truth about the world we live in today. It is horrifying and sickening, it is also full of information about how the powers that shouldn’t be are running the world at present.

This article is dedicated to Cathy and Kelly, may they find justice and peace in their lifetimes.